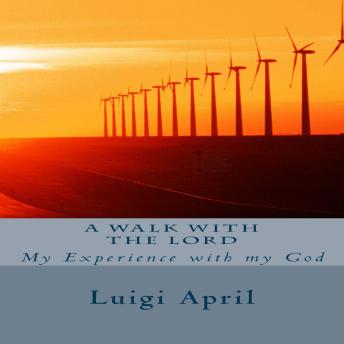 Read A walk with the Lord By Luigi April Audiobook

A walk with the Lord By Luigi April Audiobook

My name is Luigi April and I have released a new book in English and
Afrikaans (A walk with the Lord and n’ Wandel met die Here) a true
testimony about my life growing up without a father and my mother couldn’t
support me cause she got sick in her head because she was a school teacher
at Krakeel Primary. I think the devil had a plan with my life that was not
good.
I got involved in gangsterism because I was seeking love and
attention at that stage of my life and was in court for a steal case
whereby my grandmother had to stand behind me in my mother’s place. Also in
a case where another mans hard was broke in to steel wood and my name came
up again and to court I go. My grandmother called her Pastor brother to
talk some sense into me because I also left school at that time I was a
nusence. I started smoking at the age of sixteen and also started having
sex and drinking alcohol. Belonged to a band (Arcades) and I started
drinking worse and having sex unprotected but God was good. I was only
sixteen at that time and because I had a step father who verbally and
psychologically abused me I started smoking also drugs to calm my nerves
and moved out of the house because of him and stayd with onther people to
and throw. My life became a mess cause of broken relationships. I also
broke relationships up cause of immaturity. Wrong decisions almost lead me
to my death one night when another lady’s boyfriend and his friends wanted
to kill me but I got away through lying. The devil is a lair. God used one
of my old friends to introduce Jesus to me and from that point on I got
good friends and leaders to guide me but it wasn’t always great cause my
step father always wanted to destract me from God because of his believes
in God. Believe he does not have a relationship with God. Lucifer is his
ruler Joh!