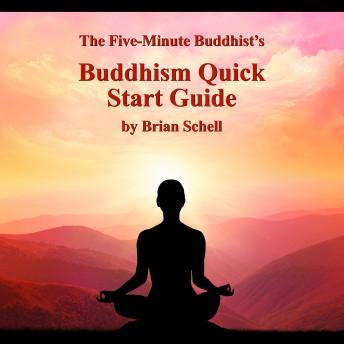 Welcome to the world of Buddhism!

Americans and others in the West have certain expectations and images that come to mind when the word ‘Buddhist’ comes up. Most people have seen the Dalai Lama on the news or in magazines, and he has almost become synonymous with Buddhism in general. The truth is that by far, the majority of the world’s Buddhists are not bald Asian men in orange robes. Buddhists look like you or me- just normal people who try to fit the ideas developed by Buddha into a normal modern life.

There are five short chapters:

What is Buddhism?
Who was the Buddha?
The Four Noble Truths
The Eightfold Path
The Five Precepts

What is not included?

You will not find any religious doctrine, prayers, or rituals beyond some very basic ideas. The Buddha set down some very clear philosophical ideas, and those ideas were later expanded into may varied religious traditions. You will also find very little jargon and only a few foreign words.

Note: This short introductory booklet is made of excerpts from “The Five-Minute Buddhist.” 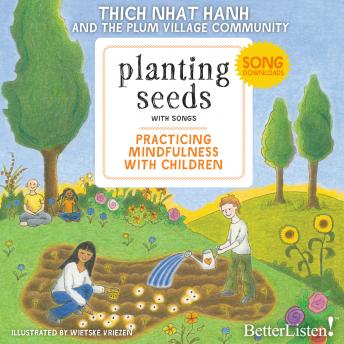 Any adult wishing to plant seeds of peace, relaxation, and awareness in children will find this CD helpful. It is full of wisdom on how to simply be with children and nourish their compassion for themselves and others. The CD has inspiring recordings of all the songs in the book, Planting Seeds, as well as a guided pebble meditation, total relaxation, and children’s touching the earth. 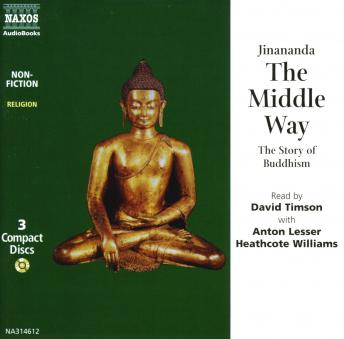 General interest in Buddhism has never been higher. The story and teachings of a man who lived 2,500 years ago have a special resonance for us today, perhaps because he taught a way of life that was not based on belief in a creator god but rather on personal experience. ‘Test my words for yourself,’ he said. But what lies behind those distinctive images of the Buddha, seated with unshakeable poise, with eyes half-closed and a slight smile? How did Buddhism develop, from the austere style which governed the life of the yellow-robed monks in ancient India to the more colourful, even magical expression of Tibet? And where does Zen fit in? In The Middle Way, Jinananda, a Western-born Buddhist, divides the subject into The Three Jewels – The Buddha (a life of the historical figure), The Dharma (an account of the fundamental teachings) and The Sangha (the disciples, both lay and monastic throughout the world). With extracts from some of main sutras, Jinananda explains the key concepts that lie behind a system of thought and behaviour which, like the universe itself, is continuously expanding. 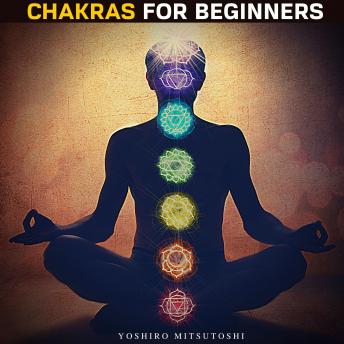 Do you want to heal yourself through meditation? If yes, then keep listening!
A large part of humanity knows the importance of balancing the chakras to keep themselves healthy for long. The whole universe is composed of energy and human metabolism is no exception! Long before modern technology and science, ancient cultures already knew that all living beings had a life force rooted in them. It forms several centers of energy – called the chakras – that move inside us. These play an important role in the balance and health of our body.
But then, what are the chakras referring to precisely? And in what way are they so precious?
The ‘chakra’ is an old Sanskrit word that literally means ‘wheel’. This is because our life force (prana) is spinning and circulating inside us. This rotating energy has seven centers in our body, starting from the base of the spine and going to the top of the head. They regulate all parts of the human body, thus influencing everything from the treatment of emotions to resistance to disease.
As a general rule, chakra techniques are used to open them and keep them in alignment. If they are blocked or poorly synchronized, this can have a negative impact not only on physical health but also on psychological well-being.
To better understand how they work, let’s take the example of a machine. If the gears get stuck, if the pipes come loose, or if parts are missing, the machine cannot work properly. In addition, the initial problems inevitably lead to others that may be more serious. The device then deteriorates further before finally giving up the ghost. The chakra network works in a very similar way to that.
Developing chakras are within everyone’s reach. As a result, you can detect and resolve problems as they occur and before they have serious consequences. In addition, you can safely tackle your old injuries and do the work necessary to start over. In summary, a good knowledge of the chakras can undoubtedly lead to healing. 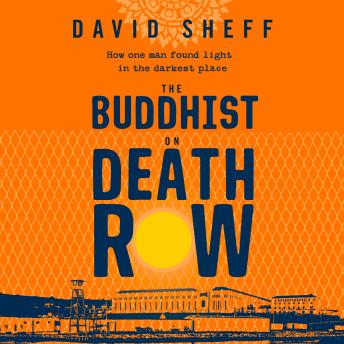 The Buddhist on Death Row By David Sheff Audiobook

From the #1 New York Times bestselling author, an extraordinary story of redemption in the darkest of places.

Jarvis Jay Masters’s early life was a horror story whose outline we know too well. Born in Long Beach, California, his house was filled with crack, alcohol, physical abuse, and men who paid his mother for sex. He and his siblings were split up and sent to foster care when he was five, and he progressed quickly to juvenile detention, car theft, armed robbery, and ultimately San Quentin. While in prison, he was set up for the murder of a guard – a conviction which landed him on death row, where he’s been since 1990.

At the time of his murder trial, he was held in solitary confinement, torn by rage and anxiety, felled by headaches, seizures, and panic attacks. A criminal investigator repeatedly offered to teach him breathing exercises which he repeatedly refused, until desperation moved him.

With uncanny clarity, David Sheff describes Masters’s gradual but profound transformation from a man dedicated to hurting others to one who has prevented violence on the prison yard, counselled high school kids by mail, and helped prisoners -and even guards – find meaning in their lives.

Along the way, Masters becomes drawn to the Buddhist principles – compassion, sacrifice, and living in the moment -and gains the admiration of Buddhists worldwide. And while he is still in San Quentin and still on death row, he shows us all how to ease our everyday suffering, relish the light that surrounds us, and endure the tragedies that befall us all. 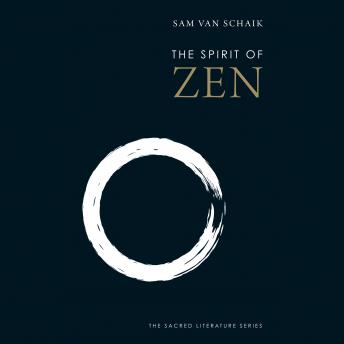 The Spirit of Zen By Sam Van Schaik Audiobook

An engaging introduction to Zen Buddhism, featuring a new English translation of one of the earliest Zen texts
Leading Buddhist scholar Sam van Schaik explores the history and essence of Zen, based on a new translation of one of the earliest surviving collections of teachings by Zen masters. These teachings, titled The Masters and Students of the Lanka, were discovered in a sealed cave on the old Silk Road, in modern Gansu, China, in the early twentieth century. All more than a thousand years old, the manuscripts have sometimes been called the Buddhist Dead Sea Scrolls, and their translation has opened a new window onto the history of Buddhism.
Both accessible and illuminating, this book explores the continuities between the ways in which Zen was practiced in ancient times, and how it is practiced today in East Asian countries such as Japan, China, Korea, and Vietnam, as well as in the emerging Western Zen tradition. 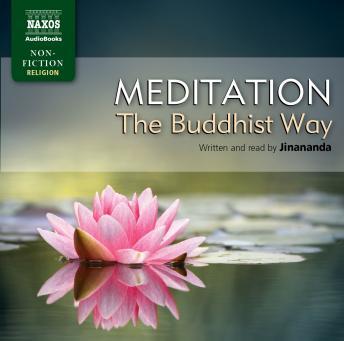 Jinananda has been teaching Buddhist meditation for 20 years. On this recording, he introduces two traditional practices which help develop clarity, calmness and positivity, and reflects on the deeper significance of meditation – all with the greatest good humour and in his own unique style. Accessible and thought-provoking, this audiobook tells you how to get started with meditation and keep going through the ups and downs of everyday life. Realistic, witty and very inspiring. On the fourth CD, Jinananda leads you through two meditations, The Mindfulness of Breathing and The Development of Loving Kindness.