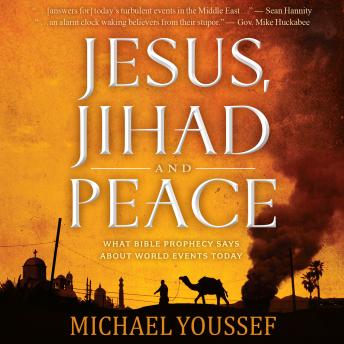 Is there any hope for peace in the world? Or is terror our destiny?
In our post-9/11 world, Westerners in general—and Christians in particular—remain targets of Islamic terrorism. From the White House to 10 Downing Street, radical groups like the Muslim Brotherhood are appeased and allowed to operate freely in the West.
In a world that cries out for peace, which will prevail—Jesus or Jihad?
Bible-believing Christians wonder: What does Islamic extremism mean in terms of Bible prophecy? Do today’s turbulent events have prophetic significance?
In Jesus, Jihad and Peace, Dr. Michael Youssef provides answers that are concise and biblically accurate, explaining how trends within Judaism, Christianity, and Islam fit into prophetic history. You will be filled with hope as you see God displaying His character and purpose through current global events. 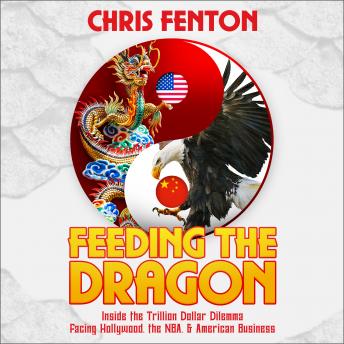 A deeply revealing memoir of big wins and hard lessons from a seasoned executive caught smack in the middle of the trillion-dollar soft power struggle pitting China against Hollywood, the NBA, and American business.

‘Paced like a thriller, . . . Chris Fenton’s bracingly candid business memoir Feeding the Dragon takes [listeners] deep behind the scenes of Hollywood’s shaky foothold in China. Dealing at the highest levels with Chinese government officials and major American brands like Disney, Marvel, and the NBA, [Fenton] defied authorities on both sides of the superpower divide to make billions-and history.

Thanks to a brisk, [engaging] storytelling style and an evenhanded, insider-level perspective . . ., Feeding the Dragon manages to be both timeless and timely. Captivating details on Robert Downey Jr., LeBron James, Kurt Cobain, [and] Michael Phelps, . . . (among others) will enthrall average fans and aspiring moguls alike. But the beating narrative heart remains Fenton’s down-to-earth recounting of a headline-making journey. Ultimately, the intrepid exec builds a compelling case for the power of ‘cultural diplomacy’: mutually-beneficial, soft power-sharing exchanges as a better way forward than the hardliner battle lines being drawn across Beijing, Washington, and Los Angeles.’ -Jamie Bryan, Fast Company contributor