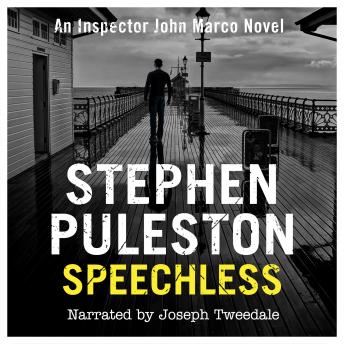 Barbaric killings in Cardiff terrify the Polish community. Can Inspector John Marco battle his own demons and catch the gangsters responsible before they kill again?

A body discovered in the river in the centre of Cardiff with its tongue amputated leads to more deaths in the Polish community. John Marco and his team have to delve into the East European immigrant community and uncover the murky world of people trafficking.

But what is it that links all the deaths together? When the evidence points to one of the city’s well-known criminals with links to gangsters from Eastern Europe Marco faces the challenge of gathering evidence from a close knit and secretive community.

And why do the Polish Secret Service seem to be interested? When Marco finds himself entangled emotionally it’s impossible for him to think clearly. In search of an answer Marco travels to Poland only to find himself implicated in a murder and hoping he can avoid another.

Racing back to Cardiff he hopes he has enough to unravel the case and arrest the perpetrators.

Speechless is the first book in the fast-paced Inspector Marco crime series. If you like police procedurals, gripping page-turners with a touch of noir, then you’ll love Stephen Puleston’s racy thriller.