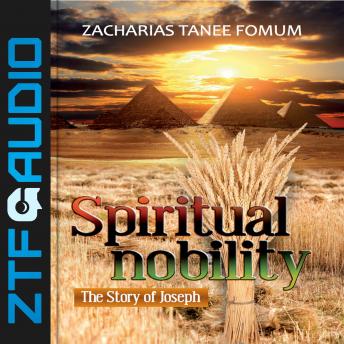 This book by Zacharias Tanee Fomum is the depiction of the beauty and grandeur in the holiness and character of Joseph. Very early on in life, this hardworking and non-idle young man took on the heavy burden of denouncing the sin of his brothers before his father, who loved him so much.

This aroused the jealousy of his brothers who sold him into slavery. Having gone down to Egypt as a slave, he worked in Potiphar’s house.

There again, he fled sin with all his might, refusing to sleep with his master’s wife. This anti sin stance landed him in prison. In all these things, the Lord was with him and blessed him.

By the hand of God who knows how to prepare those whom He wants to raise to greatness by trials, he came to leadership over Egypt and was an instrument of deliverance for his people. Joseph was a man of vision and sexual purity.

This book responds to an urgent need of God to raise up in the Church men and women of spiritual nobility like Joseph.