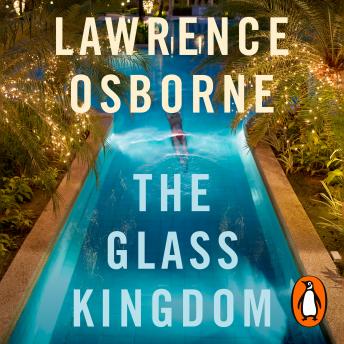 Sarah Talbot Jennings, a young American living in New York, has fled to Bangkok to disappear. Arriving with a suitcase containing $200,000, she rents an apartment at the Kingdom, a glittering high-end complex slowly sinking into its own twilight – and run by conveniently discreet staff.

In Bangkok’s shocking heat Sarah meets the beguiling Mali, a half-Thai tenant who’s strangely determined to bring the quiet American out of her shell. An invitation to Mali’s poker nights soon follows, where – fuelled by shots of yadong, gossip of shady dealings in the city and the hit of marijuana – Sarah is drawn into the orbit of the Kingdom’s glamorous ex-pat women.

But when an attempted military coup wracks the streets below and Sarah witnesses something unspeakable through one of the Kingdom’s windows, only to be followed by a series of strange disappearances, Sarah’s safe haven begins to feel like a trap.

From a master of atmosphere and suspense, The Glass Kingdom is a brilliantly unsettling story of cruelty and psychological unrest, and an enthralling glimpse into the shadowy crossroads of karma and human greed.

‘Bangkok is the star of this accomplished novel. Its denizens are aliens to themselves, glittering on the horizon of their own lives, moving – restless and rootless and afraid – though a cityscape that has more stories than they know’ HILARY MANTEL